“I would like to congratulate the club’s executive and members for the great job they have done,” he said.

“The club came to me concerned that with their ageing membership needed to use buggies more often and this was damaging the course.

“Heavy rain also led to more erosion and the course would often have to close due to safety concerns. 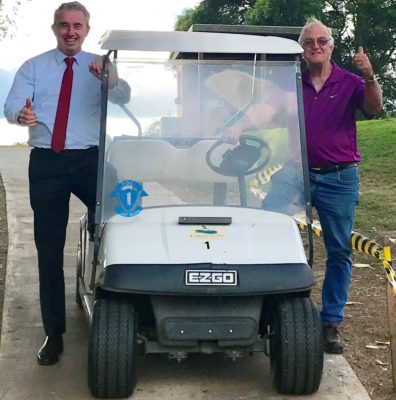 “I organised a grant of more than $12,000 for the club to lay the concrete paths for older players and stop erosion around the course.

“Special mention must be made of the volunteers who put in more than 370 hours of labour – not bad when you consider their average age is over 70 years.”

The grant is from the Federal Government’s Stronger Communities Programme.