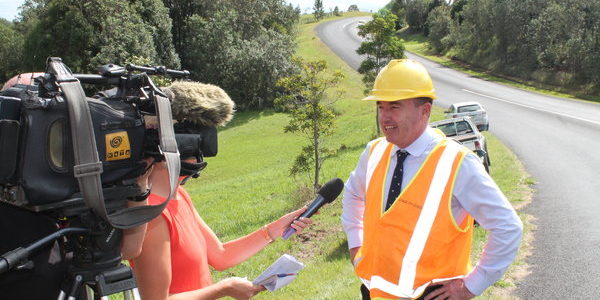 Low-income earners in Lismore will benefit from 200 new affordable housing lots and three major infrastructure projects after the Federal member for Page Kevin Hogan convinced the Minister for Social Services Kevin Andrews to approve a variation in the funding for the project.

“As a result of the number of late changes to the project by Lismore Council and the looming deadline for completion, the funding for the entire project was under serious threat,” Mr Hogan said.

“When I was approached by Lismore City Council to try and save the project, I immediately lobbied Mr Andrews. Thankfully he agreed with me.”

“I would like to congratulate Lismore Council for their fantastic support in getting this project over the final hurdles.”

The Federal Government will now provide $5 million for three major road upgrades – Invervauld/Ballina Road intersection, roundabouts at the Molesworth and Orion intersection and where Ballina Road intersects with Oliver Avenue and Pineapple Road – to allow access to the new housing estates without creating congestions of Lismore’s busy roads.

In return, Lismore City Council and its consortium partners will subsidise 200 housing lots for affordable housing in new land release areas across the city.

Council’s consortium partners include development companies active in the Lismore area, namely Winten, Everingham, Pollard, the Plateau Group and Zorzo. Voluntary Planning Agreements have been entered into with these partners, where they have committed to make land available for specific affordable housing purposes.

The BBRC scheme will see eligible residents – such as single parents with an income under $88,000 – given a $20,000 cash injection to build homes on these 200 housing lots. This includes 124 lots at North Lismore Plateau, 37 at Invercauld Road in Goonellabah, 25 lots at Sanctuary Hills and 14 at Pineapple Road in Goonellabah.

“We have 2000 new land release lots coming on line in the next few years and to have 200 affordable housing lots means we are making in-roads into one of the biggest challenges facing Lismore, which is a lack of affordable housing and housing choice,” Lismore City Council’s Integrated Planning Manager Steve Denize said.

“The Lismore Housing Strategy includes an action plan that states diversifying our housing choice and having more affordable housing is essential for the social wellbeing of Lismore going forward. We need growth and we need infrastructure to support that growth, but we also need housing that people can afford. The BBRC scheme delivers on all levels – it’s an absolute win-win for the city.”