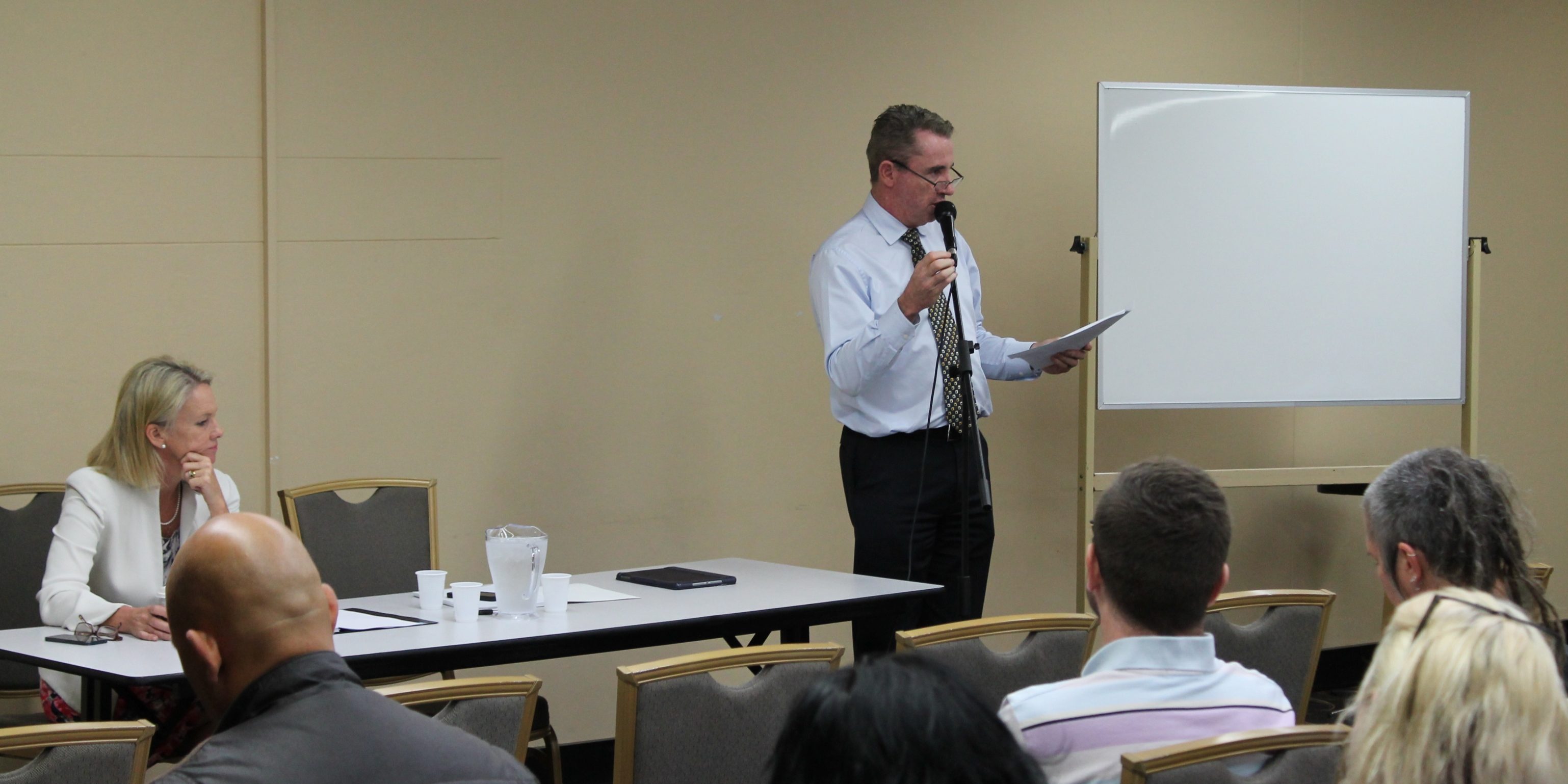 Federal member for Page Kevin Hogan has welcomed the interim report from the National Ice Taskforce, which the Prime Minister presented to the Council of Australian Governments (COAG) today.

He said communities in the Northern Rivers and Clarence Valley had welcomed the opportunity to engage in the national consultation.

“The use of Ice in our community is something that greatly concerns as all,” Mr Hogan said.

“I would like to thank all those who attended the National Ice Taskforce forum that I held in Lismore and whose ideas helped to formulate this interim report.”

“This report is a major step in developing a National Ice Action Strategy to tackle what is fast becoming a major health, social and law enforcement issue in regional Australia.”

The Taskforce, led by Ken Lay APM who was Chief Commissioner of Victoria Police and supported by Professor Richard Murray and Dr Sally McCarthy received extensive input through 1300 submissions, as well as advice from experts and community members, all of which informed the interim report.

The Taskforce has identified six key areas to guide work toward the development of the National Ice Action Strategy which include:

COAG agreed to work together to ensure individuals and families affected by the drug have a single contact point where they can go to receive information, counselling and other support services.

COAG also endorsed the work currently under way to develop a national cooperative scheme on unexplained wealth, noting this could reduce the financial incentives for organised crime groups involved in the ice trade.

The Taskforce will continue working with the Prime Minister, the states and territories and the Australian Local Government Association to develop a final report and strategy to be considered by the next COAG.