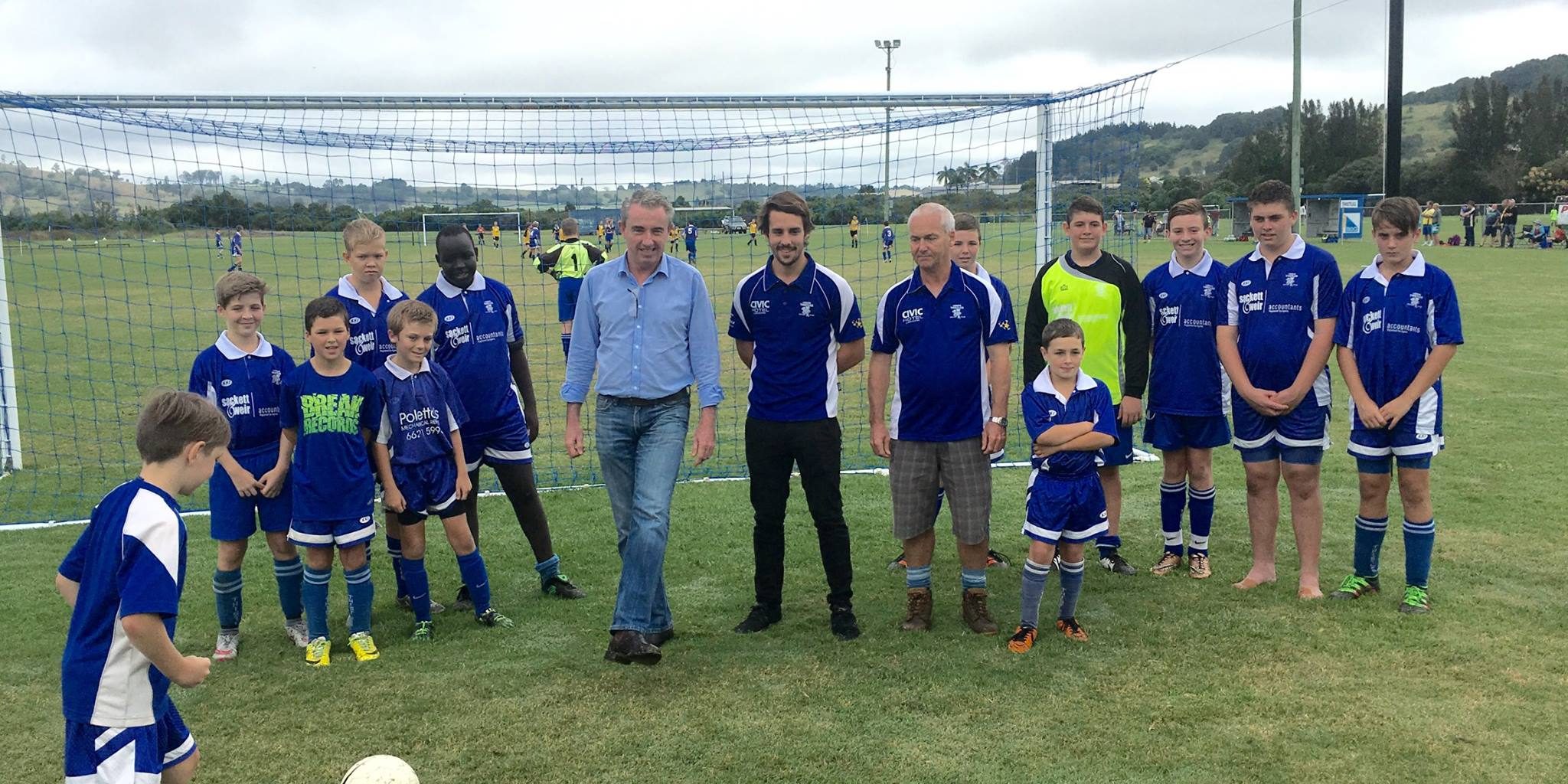 “These announcements represent a significant investment in local community groups that play a vital role in our community,” Mr Hogan said.

“Projects under the Stronger Communities Program, like these, are selected by a community consultation committee that assist with identifying potential projects.”

The grants announced this week are provided under the first round of the Stronger Communities Program.

“At the Lismore Basketball Stadium, the grant of more than $12,000 will be used to install a Grid Connected Solar System with the possibility of a battery storage system,” Mr Hogan said.

“Solar Hot Water and Drop Hammer fans will also be installed at either end of the stadium to control airflow and heat, essential for year round use of the stadium.”

“I am also happy that under the $5000 grant provided to the Lismore Thistles Soccer Club players can now have a hot shower after the game and the purchase of a water tank will allow the club to maintain its fields while minimising water costs.”

The expansion of the kitchen garden will allow Meals on Wheels Iluka to include more fresh vegetables and herbs in the meals they serve our seniors.

“This grant of more than $5000 for the upgrade of their kitchen garden will make sure the older members of our community can eat more freshly grown produce,” Mr Hogan said.

Under the program, community organisations can apply for grants of between $5000 and $20,000 for capital works.

The organisation must match the funding in either cash or “in kind” donations.

Community organisations that want to apply for a grant can do so by going to gms.infrastructure.gov.au/UI/PortalEntrance.aspx