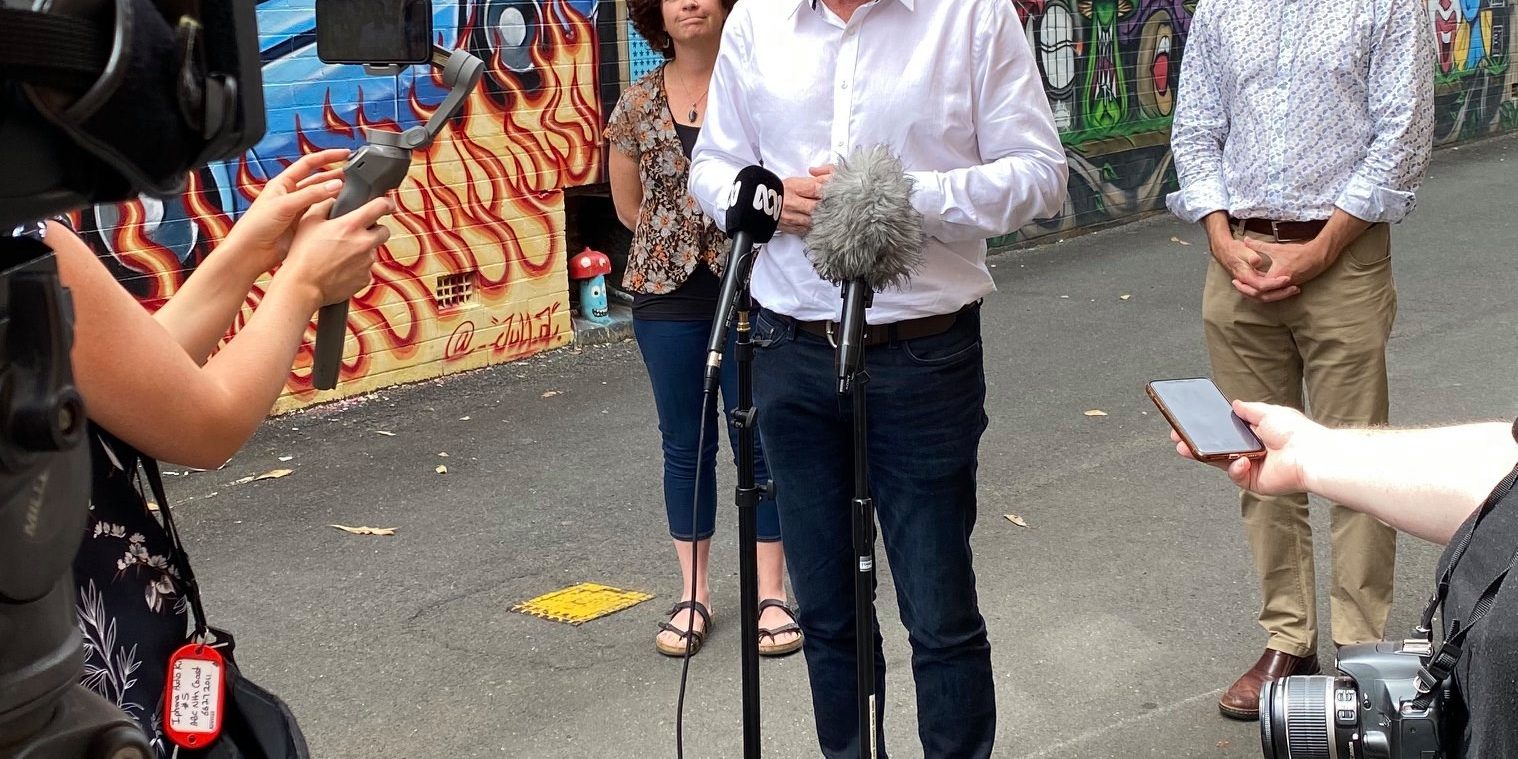 Tourism in Lismore is set for an important boost with new funding allocated for two job-creating projects.

“Funding will be used to recontruct and resurface 130-metres of Eggins Lane, home to Lismore’s Back Alley Gallery,” Mr Hogan said.

“There is also funding allocated to host a new Shine Festival, bringing important tourism back to our community.”

“The road surface in Eggins Lane is significantly damaged and at the end of its economic life.”

“This project will improve drainage and roof water discharge, as well as installing power infrastructure to support community events, festivals and pop-up businesses.”

“This new week-long event will re-illuminate the region’s ‘shine’ attracting visitors and reigniting tourism in the region,” Cr Smith said.

Lismore City Council received over $1 million as part of the Local Roads and Community Infrastructure program. $447,570 has been allocated for the reconstruction of Eggins Lane. They also received $145,000 through the Regional Tourism Bushfire Recovery Grants for ‘Shine Festival’.