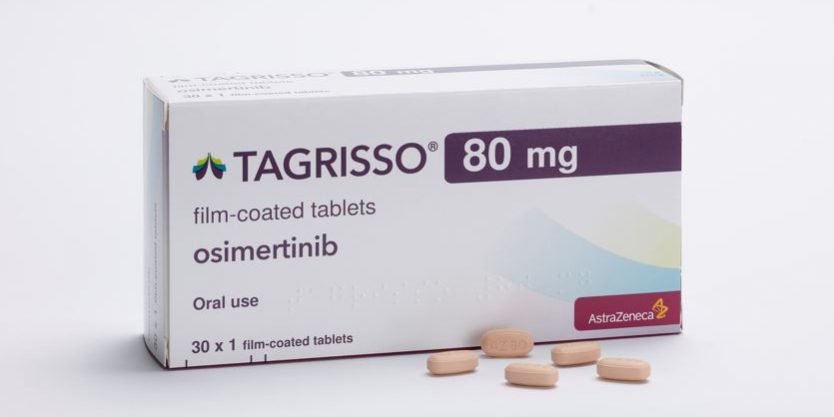 A significant lung cancer treatment option that costs approximately $88,000 a year will soon be available for as little as $6.60 per script, thanks to its expanded listing on the Pharmaceutical Benefits Scheme (PBS). From 1 January 2021, Australians living with non-small cell lung cancer who have not had prior therapy will benefit from the listing of Tagrisso® (osimertinib). Without the PBS subsidy, patients might pay close to $8,000 per script or almost $88,000 per year for this treatment. An average of 1,120 patients per year could now pay as little as $41.30 per script, or $6.60 with a concession card. Tagrisso® is a ‘targeted therapy,’ which works on specific types of cancer cells where a specific mutation is present, to block the growth and spread of these cancer cells. Following expert medical advice the Government is expanding access to this breakthrough medicine for the first-line treatment of patients with metastatic non-small cell lung cancer, who have a certain type of mutation in the lungs, known as Epidermal Growth Factor Receptor (EGFR) positive. Tagrisso acts by blocking the activity of the EGFR, which causes growth and uncontrolled division of cancer cells. An oral therapy, Tagrisso will help patients experience an improved quality of life, and see them able to access the treatment at home and not in the hospital. The Australian Institute of Health and Welfare estimates that more than 13,000 new cases of lung cancer will be diagnosed in 2020. It is the fifth most common cancer diagnosed in Australia.

This listing was recommended by the independent Pharmaceutical Benefits Advisory Committee.

Since 2013, the Australian Government has approved more than 2,450 new or amended listings on the PBS. This represents an average of around 30 listings or amendments per month – or one each day – at an overall investment by the Government of $12 billion.