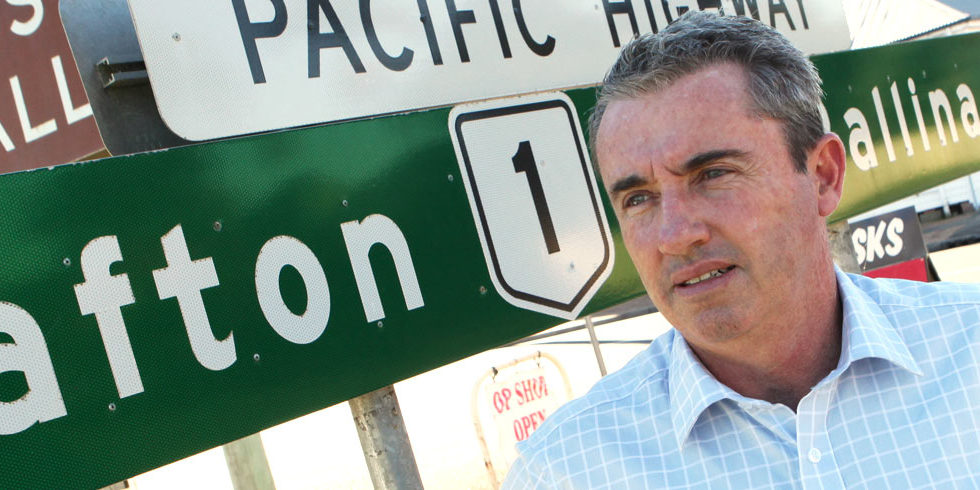 REGIONAL Australia’s longest major road project is gearing up, with further early works underway on the 155 kilometre upgrade of the Pacific Highway from Woolgoolga to Ballina.

NSW Minister for Roads and Freight Duncan Gay said the Federal and State Governments were working together to ensure the highway was fully duplicated by the end of the decade.

“A specialist contractor has been engaged to lay a new telecommunications cable north of Maclean over the next four weeks to replace the existing copper and fibre optic cable in the path of the upgrade,” Mr Gay said.

“Two experienced heritage consultant teams have also been engaged in the early works, to excavate and preserve Aboriginal heritage sites along the highway.”

Federal Member for Cowper Luke Hartsuyker said the works between Woolgoolga and Glenugie on the Pacific Highway would be the first section of the Woolgoolga to Ballina upgrade to be built.

“Tenders for the 26 kilometre Woolgoolga to Glenugie construction works have been advertised,” Mr Hartsuyker said.

Federal Member for Page Kevin Hogan said work to relocate telecommunications cables and other services in the path of the upgrade would be carried out over the next few months.

“Getting these relocations out of the way now will speed up construction of the project, to ensure we meet our goal of a duplicated Pacific Highway by the end of the decade,” Mr Hogan said.

State Member for Clarence Chris Gulaptis said the project would also be a great economic boost for the region.

“This upgrade is expected to employ about 2,500 people directly and provide for another 6,500 indirect jobs in the broader community,” Mr Gulaptis said.

State Member for Ballina Don Page said the Woolgoolga to Ballina upgrade would be the last highway link between Hexham and the Queensland border to be upgraded to four lanes.

“Some 58 per cent of the final highway length has already been upgraded to a four-lane divided road and open to traffic, with another 21 per cent being built or due to start shortly,” Mr Page said.