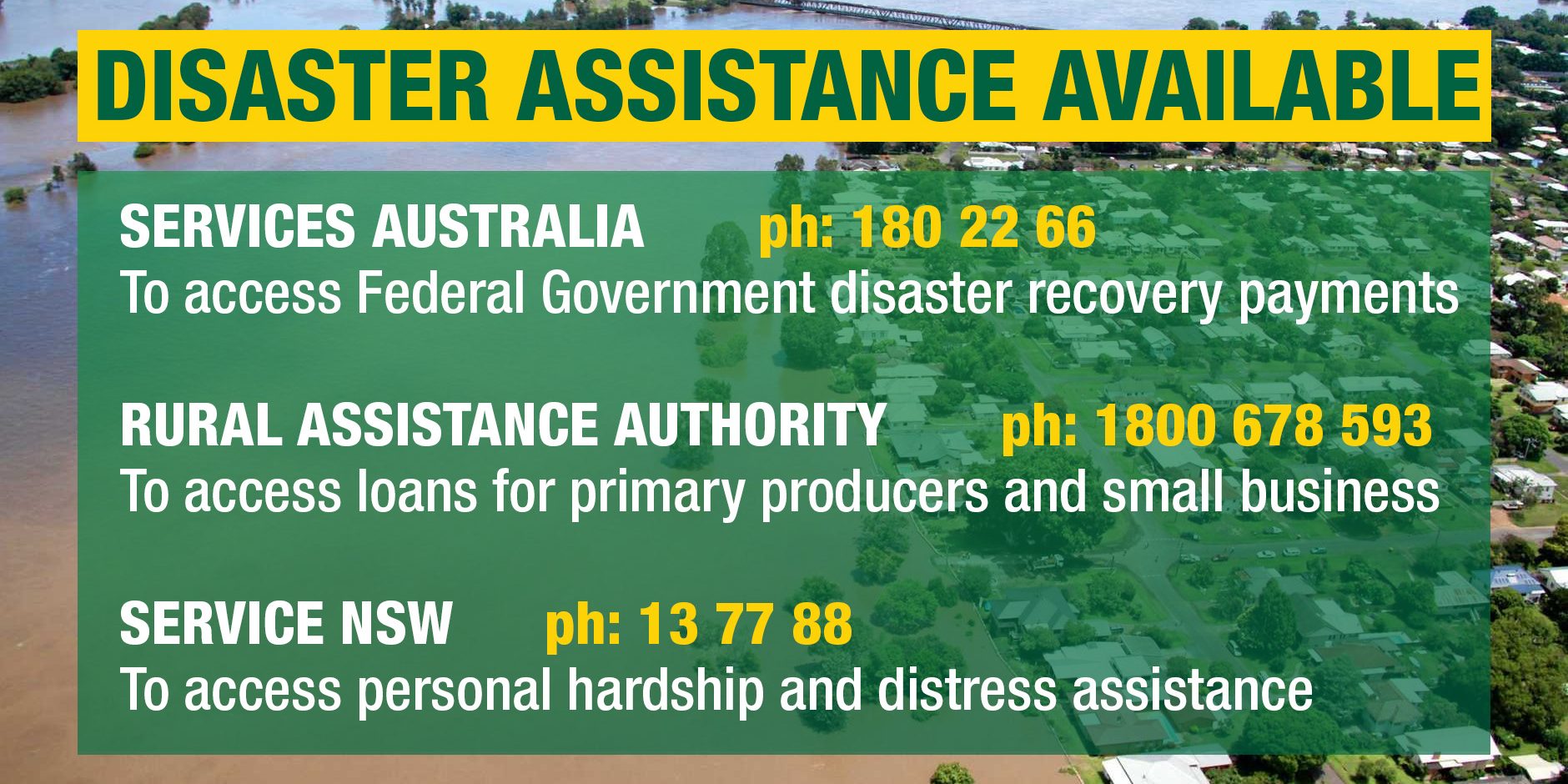 Additional assistance is now available for communities affected by flooding in February 2021.

Recovery grants of up to $75,000 for primary producers and up to $50,000 for small businesses are now available in Clarence Valley, Coffs Harbour, Kyogle, Lismore, and Richmond Valley.

Previously, support was available for communities impacted by major storms and flooding from March onwards, however this support will see the same support offered to communities across seven LGAs which were impacted in February.

“Primary producers and small businesses in our region have suffered significant damage as a result of the heavy rainfall from this event,” Mr Hogan said.

“Our agriculture sector which was already recovering from bushfires and drought was devastated by the recent floods. The storms caused at least $3.5 million in damage across an area of 701 hectares, impacting infrastructure, livestock, horticulture and aquaculture.

State Member for Coffs Harbour Gurmesh Singh said the rainfall event in February hit these communities hard and only weeks later they were affected again by the widespread flooding.

“The NSW Government will continue to work closely with the Federal Government to ensure primary producers and small businesses can bounce back quickly,” Mr Singh said.

“Small businesses in Corindi were particularly badly affected, with reports of damage or loss of tools, business vehicles, machinery and infrastructure.”

“From day one we have said that we will not leave any flood-affected community behind and this extension of funding is part of our commitment to helping people get back on their feet,” Mr Gulaptis said.

“The assistance being announced today will help cover the costs associated with reinstatement activities, such as repairs to premises and replacement of stock, or repairs to damaged farm infrastructure and equipment.”

Further information on disaster assistance is available on the Australian Government’s Disaster Assist website at www.disasterassist.gov.au and the NSW emergency information and response website at https://www.service.nsw.gov.au/floods