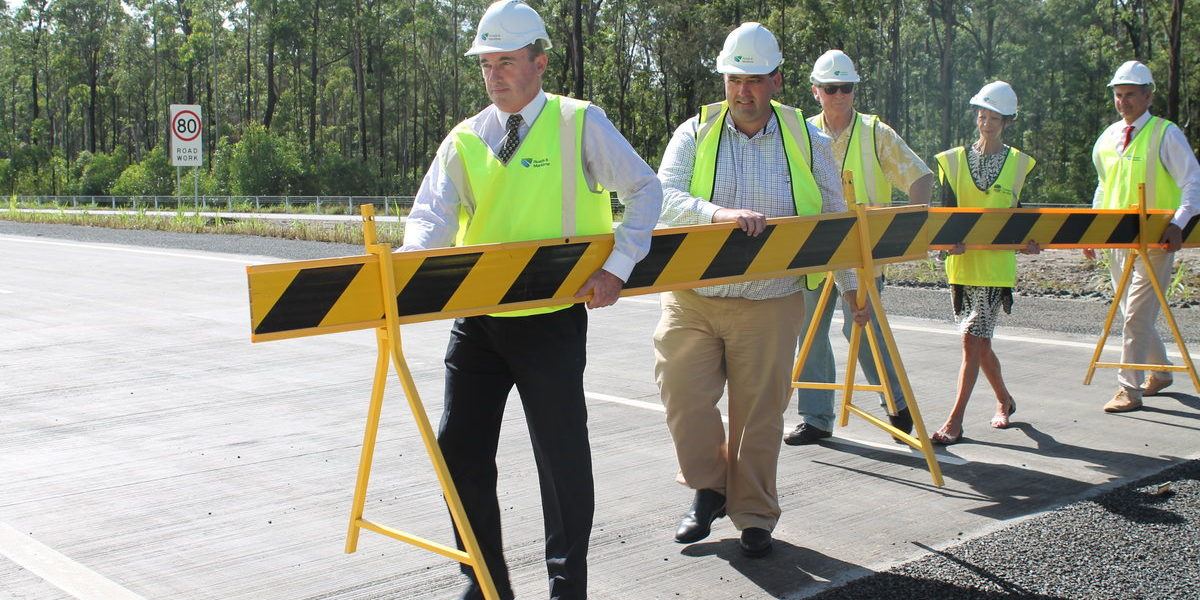 MOTORISTS will benefit from reduced travel times and improved road safety on the Pacific Highway with the Devils Pulpit upgrade opened to traffic today.

Deputy Prime Minister and Minister for Infrastructure and Regional Development Warren Truss said the Australian Government was getting on with the job of building national infrastructure projects for Australia’s future.

“The Australian Government has committed $5.64 billion from 2013–14 to duplicate the entire Pacific Highway by the end of the decade,” Mr Truss said

Federal Member for Page Kevin Hogan represented Mr Truss at the opening of the carriageway and the new Tabbimoble rest area to traffic.

“With the completion of the Devils Pulpit project, 58 per cent of the Pacific Highway between Hexham and the Queensland border is now four-lane divided road,” Mr Hogan said.