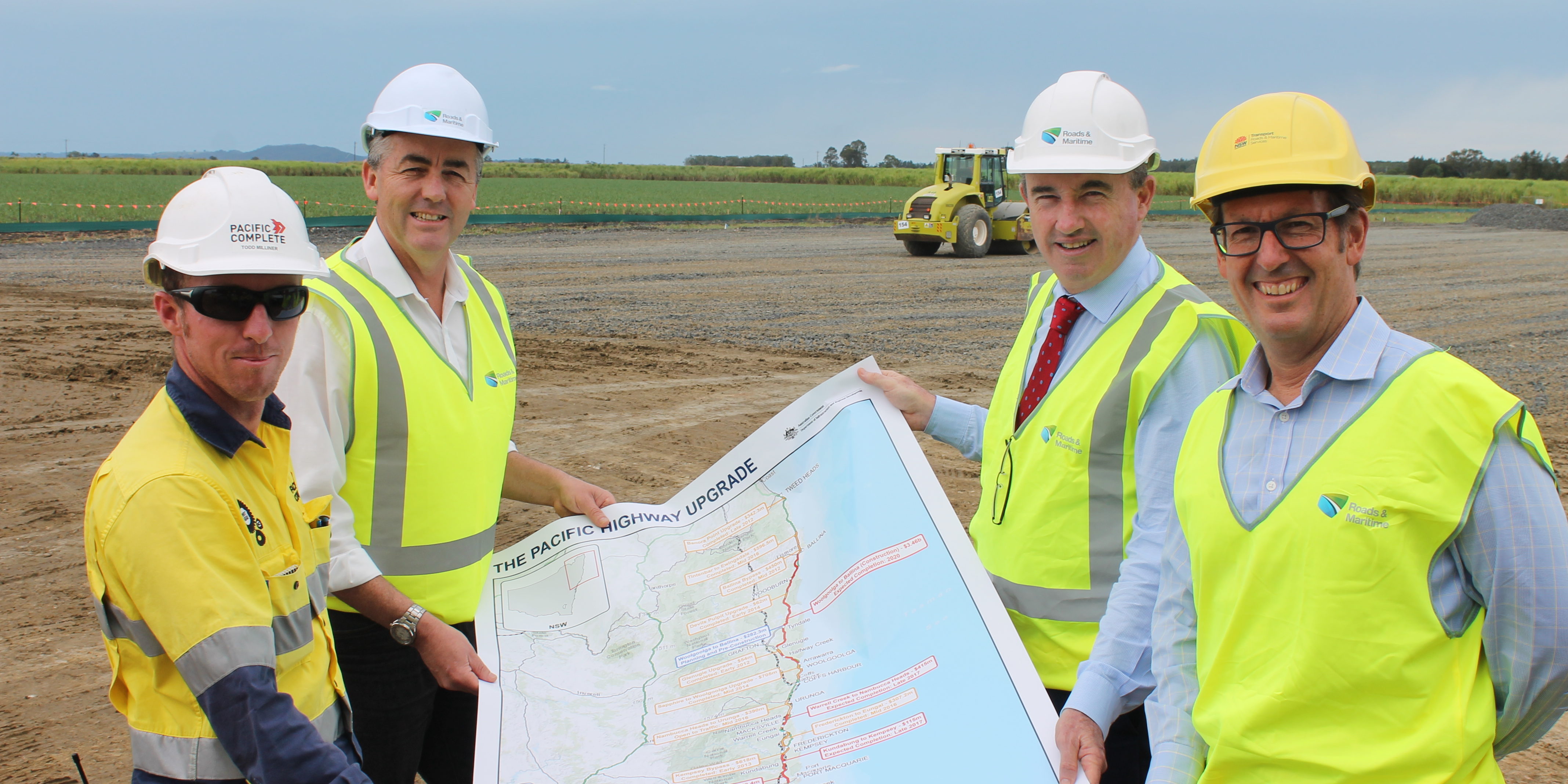 Federal Member for Page Kevin Hogan said works on a temporary road to carry traffic during the upgrade of the Woolgoolga to Ballina section of the Pacific Highway will start soon with SEE Civil Pty Ltd today awarded the construction contract.

The new 3.5-kilometre two-lane road will allow traffic between Woodburn and Broadwater to move from the existing highway so major work can be carried out, he said.

Mr Hogan said more than $520 million had been was awarded for 54 contracts on the Woolgoolga to Ballina section in 2016.

“Around 1,000 people are now working on the project, and earlier this month Lendlease Engineering was announced as the preferred contractor to deliver the kilometre-long bridge over the Richmond River at Broadwater,” he said.

“The bridge over the Richmond River is the second of two major new crossings on the Woolgoolga to Ballina section of the Pacific Highway upgrade, with the new bridge over the Clarence River, Harwood being the other. More than 100 bridges will be built as part of this transformational and life-saving project which has already contributed to halving fatalities on the Pacific Highway since the upgrade started.

“With work starting on both the service road and the bridge in the near future, it is going to be a busy time for construction in the Broadwater area.”

Federal Transport Minister Darren Chester said: “Once the upgrade is complete, the service road will become a permanent local route giving motorists alternative access to the highway while connecting Woodburn and Broadwater through the Broadwater National Park.”

“These temporary roads are critical to progressing delivery of the Pacific Highway duplication by 2020; a project that will save dozens of lives every year while slashing travel times along the highway. Major work is now underway on six temporary roads at Yamba, Harwood, Chatsworth South, Chatsworth North, Mororo and Iluka,” Mrs Pavey said.

NSW Member for Clarence Chris Gulaptis said it is great to see further progress on upgrading the Pacific Highway.

“It’s great to see the construction of the temporary service roads as they highlight the upgrade of the last leg of the Pacific Highway. It means local jobs and a boost to the local economy and a looming reality that we will have a divided highway between Sydney and Brisbane by 2020,” Mr Gulaptis said.

The full duplication of the Pacific Highway is expected to be completed by 2020, weather permitting.