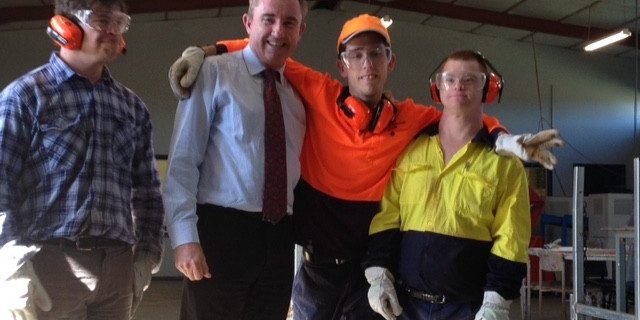 Federal member for Page Kevin Hogan has welcome employment projections that reveal 8500 new jobs will be created in the Grafton/Coffs Harbour area over the next five years.

“This is fantastic news for our job seekers and families,” he said. “This is a 13.2% increase in jobs over the next five years which is the strongest result anywhere in regional NSW.”

“The vast majority of these jobs are connected to the Federal Government’s $5.6 billion investment in the duplication of the Pacific Highway between Ballina and Woolgoolga.

“It is confirmation that the Government’s promise to build the infrastructure for the 21st Century is creating jobs and economic growth in our local community.”

The projected jobs growth for the Clarence Valley does not include the State Government’s announcement this week that it will construct a new goal in Grafton, creating hundreds of construction jobs.

Another report released today shows that the rate of unemployment in the Clarence Valley fell to 7% for the three months to March from 7.7% in the previous three months.

The Department of Employment figures project employment in the Richmond/Tweed area will jump by 6000 new jobs, or 7.1%, over the same period.