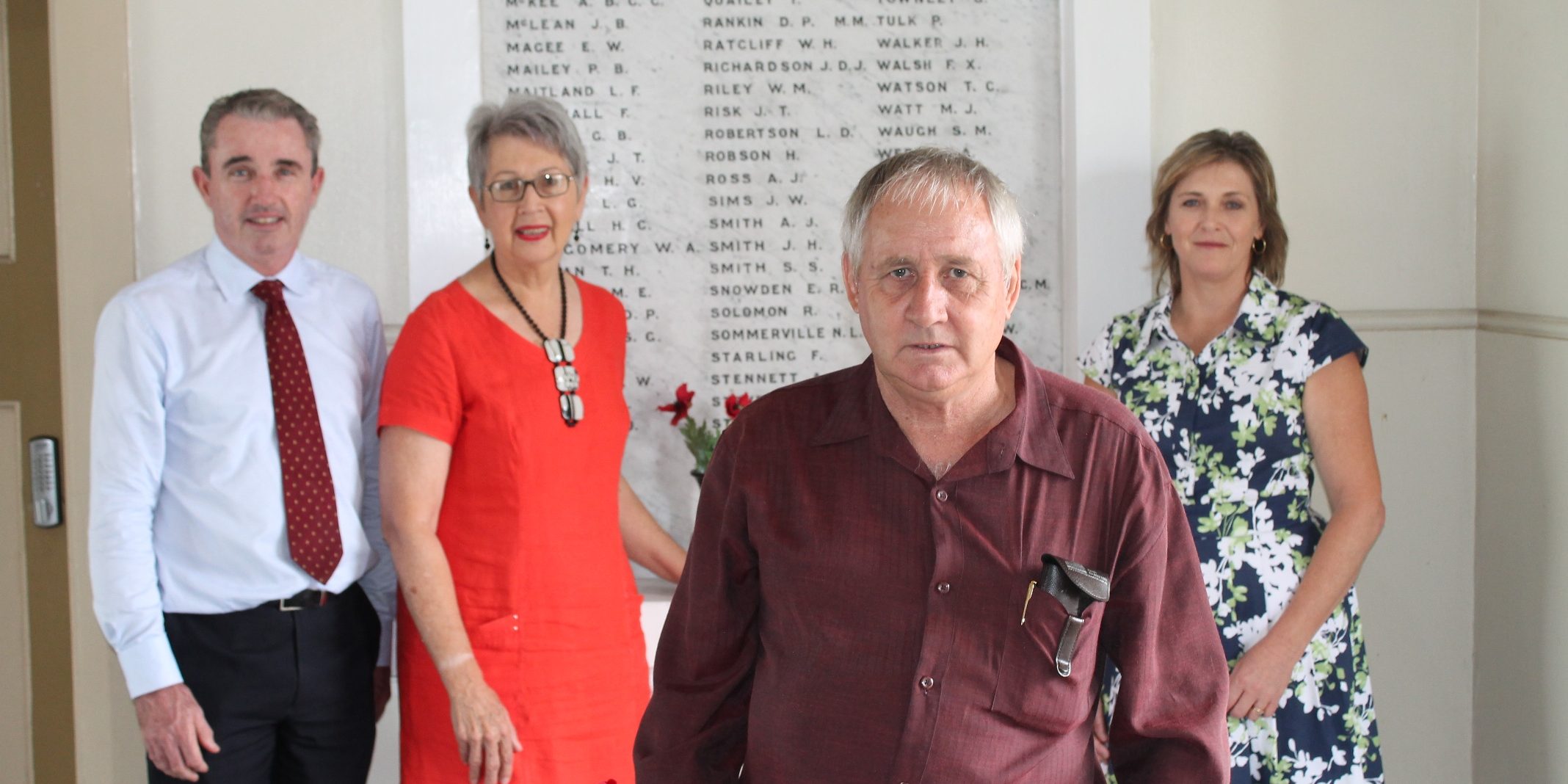 “I’m very pleased to make this announcement,” Mr Hogan said. “For many years Lismore RSL sub-branch and Lismore City Council have received complaints about not being able to view the Honour Board when the pool was closed.”

“Once the new purpose built glass enclosure is installed, the public will be able to view the Honour Roll of our local solders who died in the First World War any time they want.”

The new viewing area at the Lismore Memorial Baths is one of 26 Anzac Centenary Grants across Page totalling $125,000, and one of five in the Lismore Government area.

“The Anzac Centenary Local Grants Programme enables communities to support commemorations at the local level by giving them the opportunity to secure funding for projects that preserve the stories of local servicemen and women for generations to come,” Mr Hogan said.

“These grants will complement the wider series of commemorative activities that have been developed throughout our electorate.

“I would like to thank the members of the Electorate Committee who have assisted me in developing an approach for commemorating the Anzac Centenary in Page. Their hard work has made these activities a reality.”

The Centenary of Anzac will mark a century of service and sacrifice, encompassing all wars, conflicts and peacekeeping operations in which Australians have been involved.  It will be the most significant period of commemoration in our nation’s history.