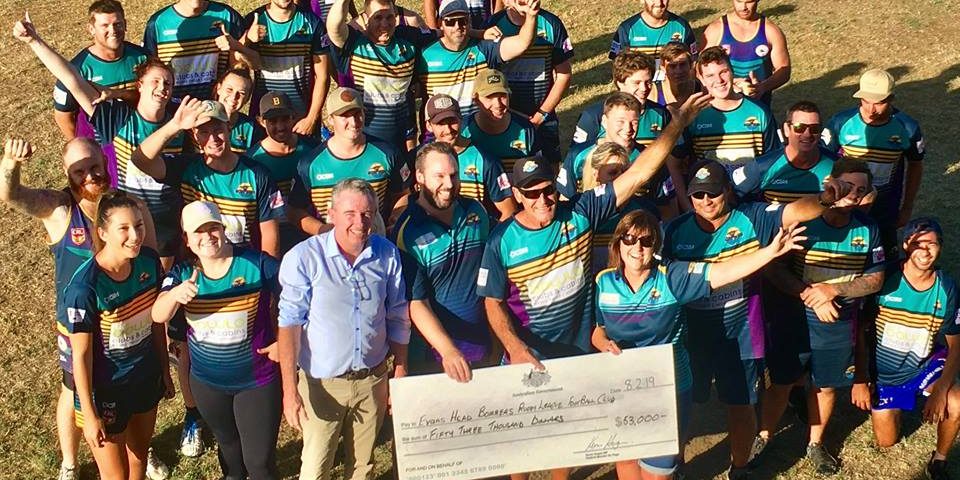 “The club came to me concerned about the lack of privacy for players in the recently formed Women’s Tag Team,” he said.

“The Women’s Tag Team started last year and the existing open shower room was not appropriate.

“I was happy to support the club with two grants that will allow it to refurbish the change rooms to put in showering cubicles, replace the existing toilet facilities, put in new storage, new flooring and give the club a new lick of paint.

“We all know that it is important to exercise. The upgrade will help the Women’s Tag Team to grow and also benefit existing male teams.”

“These two grants will allow us to do the work that needs to be done to make sure Evans Head Bombers Rugby League Club grows and we remain a family friendly club,” he said.

The club received $43,000 from the Government’s Community Sports Infrastructure program and a further $10,000 from the Stronger Communities program.