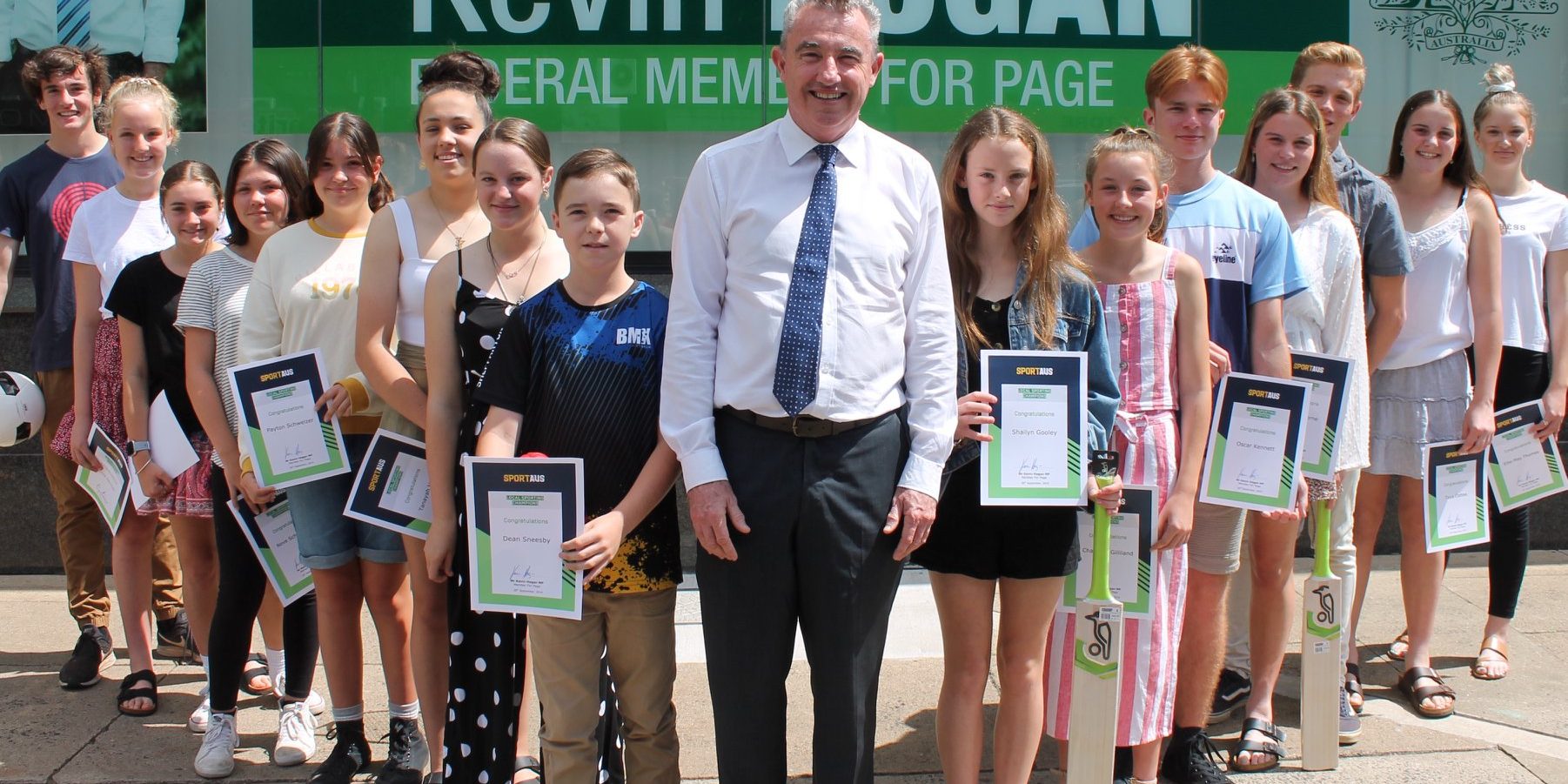 Perhaps 17-year-old Olivia Osborne is the next Ellyse Perry in cricket, and 15-year-old Marlin Corbett might play in the AFL Grand Final while 16-year-old Lennox Rowe plays touch football for Australia and 13-year old Jake Connolly along with 12-year-old Alex Poole could play for Australia in Baseball?

Could Gold at the Olympics be in the futures of 13-year-olds Padraig Heffernan and Charlotte Gilliland, and 16-year-old Ember Evans in the Athletics arena and 17-year-old Rohan Allsopp in mountain biking and 11-year-old Dean Sneesby in Motorcross.

And could 16-year-old Julian Thompson and 13-year-old Chloe Bull make it on the Australian Basketball team, and 16-year-old Joshua Lee could win Olympic Gold in caneoing while 13-year-old Shailyn Gooley plays Hockey with the Hockeyroos.

Only time will tell, but Federal Member for Page Kevin Hogan is making sure that 34 young Northern Rivers Sporting Champions are given every opportunity to follow their dreams.

“Those who received the Awards have excelled themselves representing the Northern Rivers on the national and state stage,” he said.

“The Northern Rivers has produced some outstanding sportspeople in the past, and it is important that we support the next crop of our local sporting talent,” Mr Hogan said.

“Unfortunately succeeding in sport doesn’t just take talent and determination – parents also often have to put their hands in their pockets to get their children to competitions. I’m very pleased to be able to help these families with financial support through these grants.

“Sport is important in the development of young people: it teaches them life-long skills like teamwork, keeps them fit and healthy, and allows them to excel in something they love and enjoy.

In no particular order, our latest Northern Rivers Sporting Champions are: