New highway to open between Glenugie and Tyndale 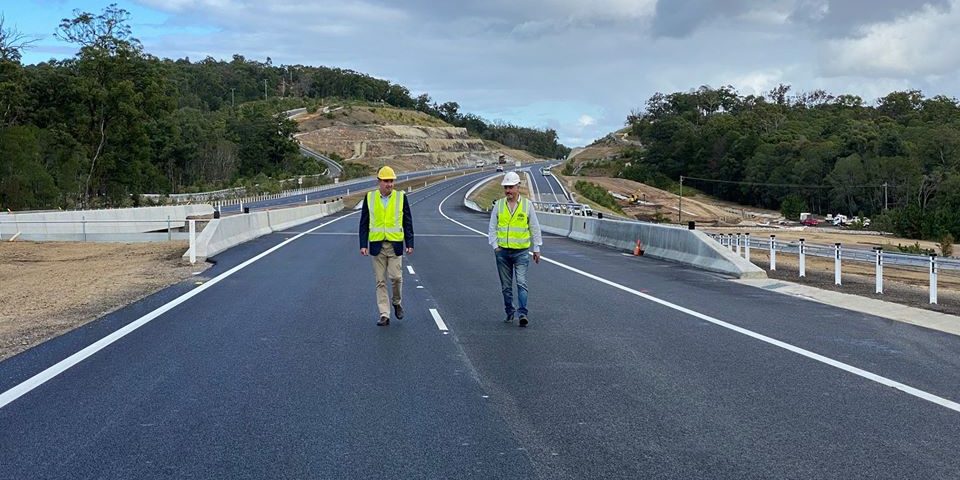 The Woolgoolga to Ballina Pacific Highway upgrade has celebrated a major milestone with the 36 kilometre Glenugie to Tyndale section opening tomorrow.

“This is a significant moment for our community and for travellers up and down the NSW North Coast,” Mr Hogan said.

“This new section of highway between Glenugie and Tyndale is the longest opened to date, connecting to the 12 kilometres recently opened between Tyndale and Maclean to the north and the 26-kilometre section between Woolgoolga and Glenugie to the south.”

“A trip which previously took about 32 minutes between Glenugie and Tyndale via South Grafton will now take about 20 minutes.

State Member for Clarence Chris Gulaptis said it is an exciting milestone which will see dual carriageway right through to Coffs Harbour from his home town of Maclean.

“We’ve been waiting decades for the Pacific Highway upgrade to make it safer, smoother and easier for travellers and quieter for the towns and villages it will bypass,” Mr Gulaptis said.

“It will be such a pleasure to drive on a 21st century motorway.  It is a basic but brilliant piece of infrastructure that will serve us for generations.”

“The new section features 60 bridges, including nine local road overpasses which provide safe and convenient access across the motorway.”

“Motorists will also notice new rest areas both northbound and southbound at Pine Brush providing toilets, shade and seating as well as parking for heavy and light vehicles.”

The bypassed section of the existing Pacific Highway between Glenugie and Tyndale has been renamed Big River Way, with traffic volumes set to be reduced significantly now this section of the new motorway is about to open.

The upgrade has been built with native wildlife in mind, with 101 fauna passages in this area to help animals cross over or under the road safely.

Electronic message signs will provide way-finding information and motorists should be aware of traffic management and reduced speed limits while work continues to build the upgrade.

Anyone travelling in the area is encouraged to access Live Traffic and plan ahead to avoid any potential delays.

The Australian and NSW governments are jointly funding the $4.945 billion Woolgoolga to Ballina project as part of the Pacific Highway upgrade.