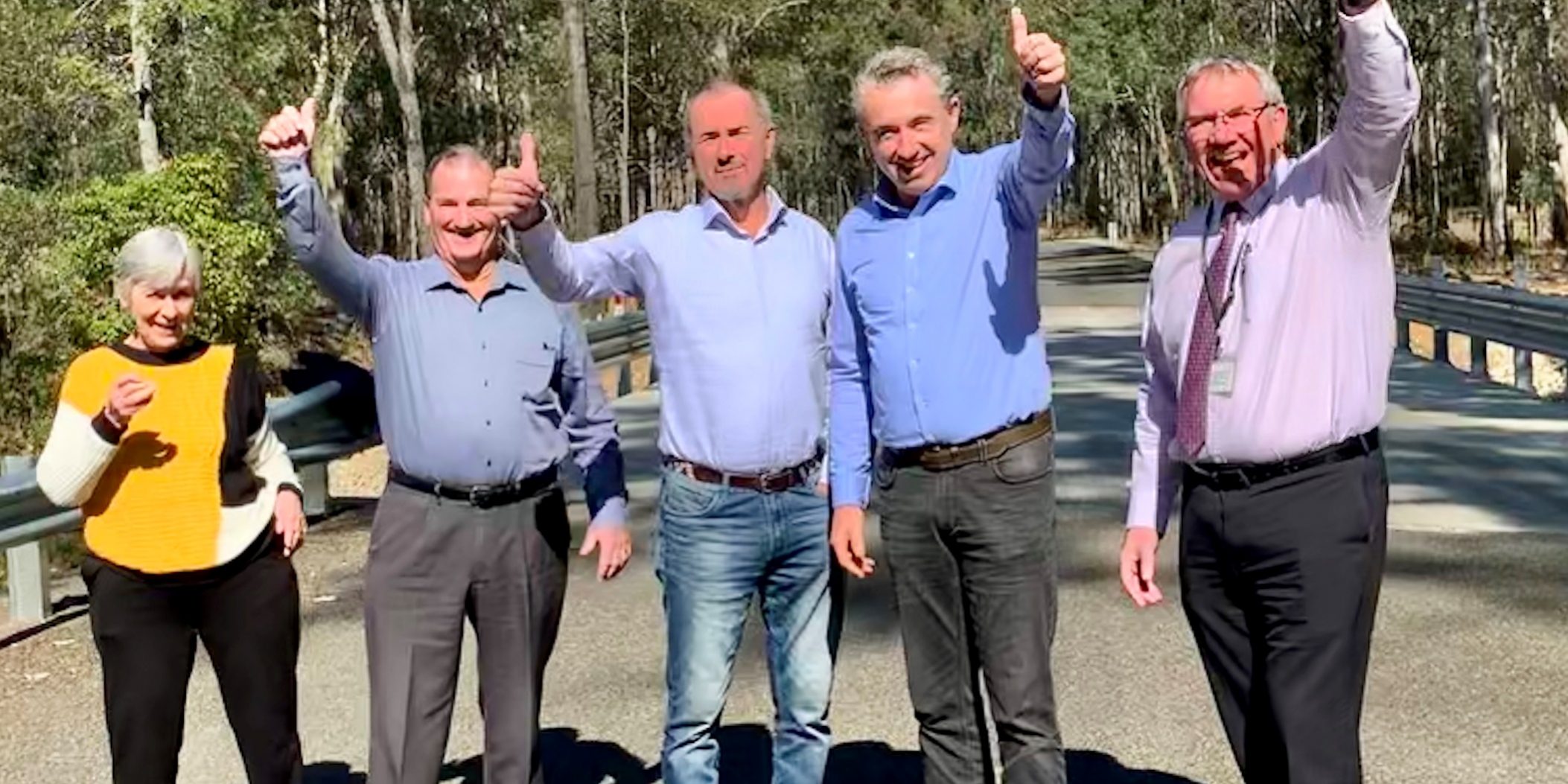 A new two-lane bridge across Endless Creek at Ramornie near Grafton was officially opened today by the Federal Member for Page Kevin Hogan and the NSW Member for Clarence Chris Gulaptis.

The new $1 million bridge was jointly funded by the Federal and NSW governments.

Mr Hogan said the new bridge was a “terrific outcome for the community”.

“This bridge is used by school buses, residents, tourists and is part of the “first mile” for farmers and the forestry industry to get their produce to market.

“The replacement of the ageing wooden bridge with a new concrete structure provides residents and farmers with safer and more reliable road access.”

Member for Clarence Chris Gulaptis said the new concrete bridge replaced a narrow, single-lane timber bridge and had secured the reliability of Old Glen Innes Road, improving safety and ensuring heavy vehicles can continue to use the route.

“Endless Creek Bridge is a vital link for locals, visitors and industry but the old single-lane timber bridge was a bottleneck for traffic flow and at risk of having a 10-tonne load limit imposed,” he said.

“That would have reduced productivity for the forestry industry and added detours of up to 20km for local school buses.

“The new concrete bridge allows vehicles to pass safely, is not load limited and is less prone to flood damage, meaning reduced maintenance costs for Council.”

The project was delivered by the Clarence Valley Council and made possible through $550,000 of funding from the Federal Government’s Bridges Renewal Program and a similar amount from the NSW Government’s Restart Fixing Country Roads fund.

Deputy Premier and Minister for Regional NSW John Barilaro congratulated the Council on completing the project, saying it would make a big difference for residents and businesses.

“Projects like the replacement of Endless Creek Bridge are exactly why the Restart NSW Fixing Country Roads program was created – to boost the productivity of our freight industry and to make our regional roads safer and more reliable for all road users,” he said.

Clarence Valley Mayor, Jim Simmons said the new, wider bridge would provide safety improvements for users and, because the number of piers in the waterway had been cut from two to one, provided a more open channel that was less susceptible to damage from the impact of flood debris.

“It’s also given our bridge crew more experience and understanding in the construction of concrete bridges, which will help them deliver similar projects in the future,” he said.

“We couldn’t have achieved this without the financial support of the State and Federal governments and I am pleased we have been able to work together to deliver such a valuable asset to the community.”