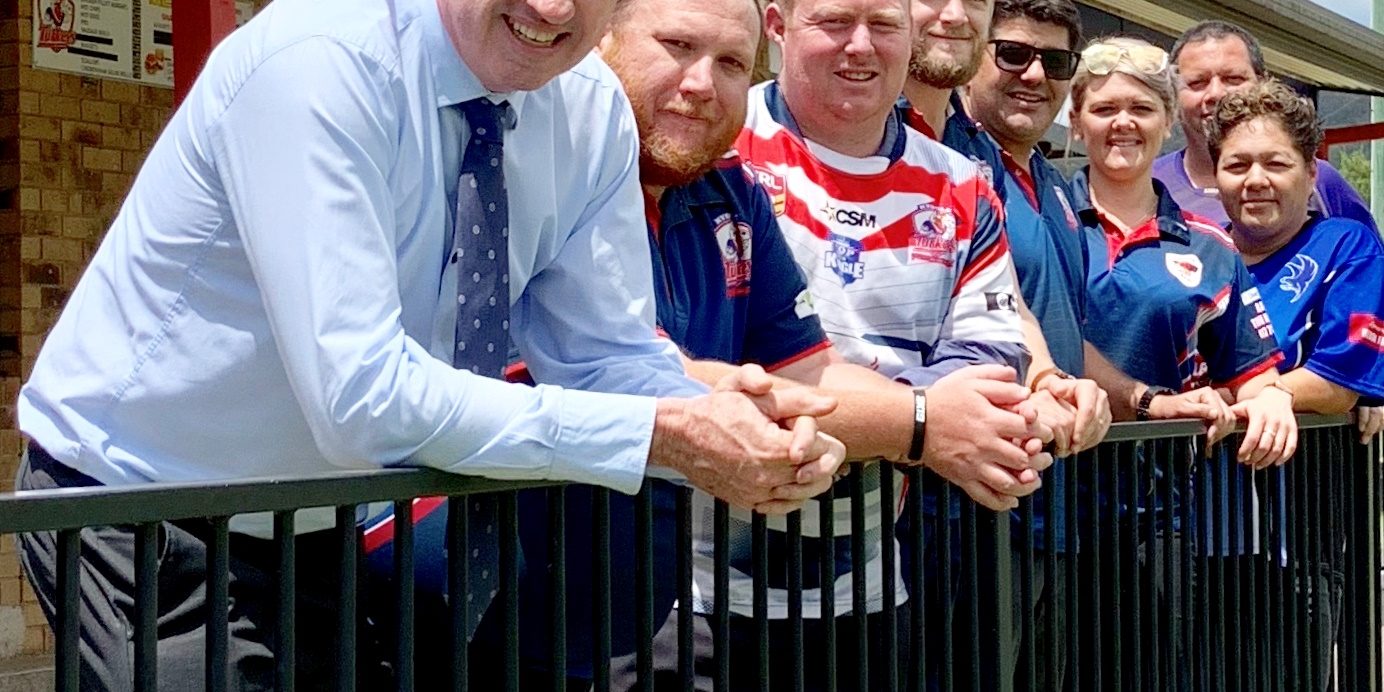 “These new facilities had been on the club’s wishlist for a while so when they mentioned them to me I organised a Building Stronger Communities grant,” he said.

“The Kyogle New Park Grounds is currently used by about 400 players in the Kyogle Senior and Junior Rugby League clubs, Kyogle Touch Association, Little League and several other organisations.

“This is a terrific result and I would like to congratulate the club and all those involved in this upgrade of facilities.”

“The old toilets and dressing rooms were run down and difficult to clean. The new facilities are also much more secure,” he said.
“We wanted these new facilities for a long time but didn’t have the funds. I would like to thank Kevin Hogan who made sure this grant was successful.”

Major projects Kevin Hogan has delivered for our community include: