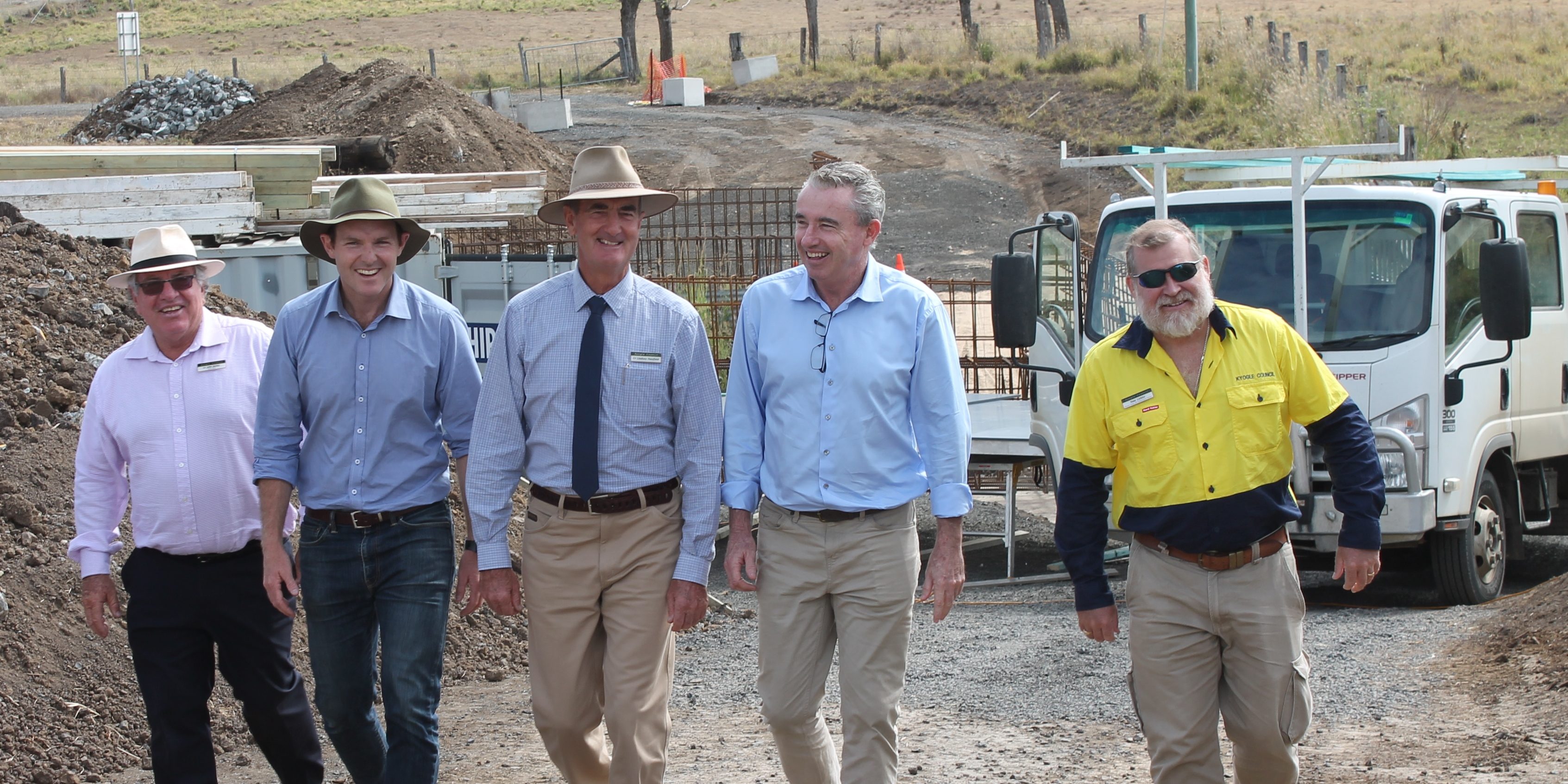 A new bridge over Culmaran Creek at Mallangangee, part of a $5 million road upgrade for the Northern Rivers, is taking shape with the abutments now in place.

“It’s terrific to see the progress made on this project so far; it’s going to make a real difference to freight connectivity for the region,” Mr Curtin said.

“The existing timber bridge on Culmaran Creek Road was in poor condition and hindering the growth of local business, as was the unsealed roadway.

“Once complete, higher productivity vehicles will be able to use the route and that’s going to directly benefit our farmers and local businesses as well as the transport of general freight in the region.”

Mr Hogan added: “Companies like Mara Seeds and Mara Global Foods came to me because they were having difficulty getting their produce to markets, which was restricting their growth and job creation.

“By creating a new dual lane concrete bridge capable of supporting heavier vehicles and their cargo, we will unlock the barriers to growth that many local industries have faced due to poor freight access to places like the Port of Brisbane.

“Importantly, this upgrade will create an extra 26 jobs in the community, through growth at Mara Global Foods processing facility at Culmaran Creek Rd.”

Work is due to be completed later this year.