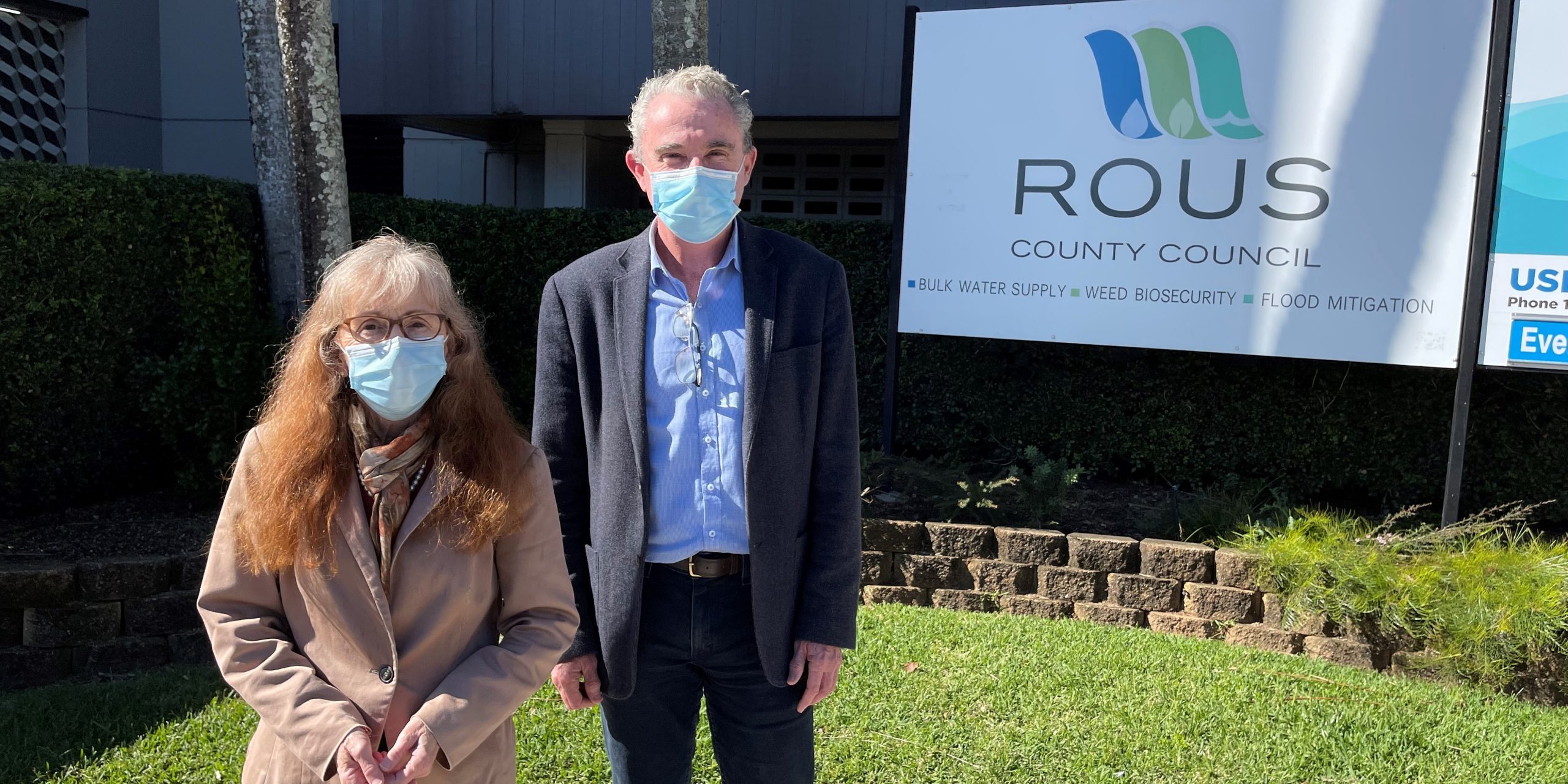 It has been revealed that Rous County Council plan to relocate their administration building from Lismore to Ballina.

“I spend every day trying to attract jobs to the region I represent, and Lismore Mayor Vanessa Ekins has voted to send up to 60 jobs from Lismore to the coast,” Mr Hogan said.

“These people will now not work or come to the CBD. They will not buy coffee, lunch, go to the pharmacy, or buy clothes.”

“Janelle and I are on different sides of the political fence, we did this together because of how strongly we both feel about this.”

State Member for Lismore Janelle Saffin called on Rous councillors, particularly Lismore City Council’s delegates, to reconsider their unanimous decision to abandon the heart of Lismore, taking between 50 and 60 local jobs to Ballina.

“Rous County Council has a regulatory responsibility as our flood mitigation authority and Lismore is the most flood-affected city across this whole region,” Ms Saffin said.

“I can’t comprehend how any local councillor would even think that this move is a good idea. Local businesses in Lismore’s CBD will clearly suffer.”

“For a start Rous management and councillors must explain to the public what’s going on.”