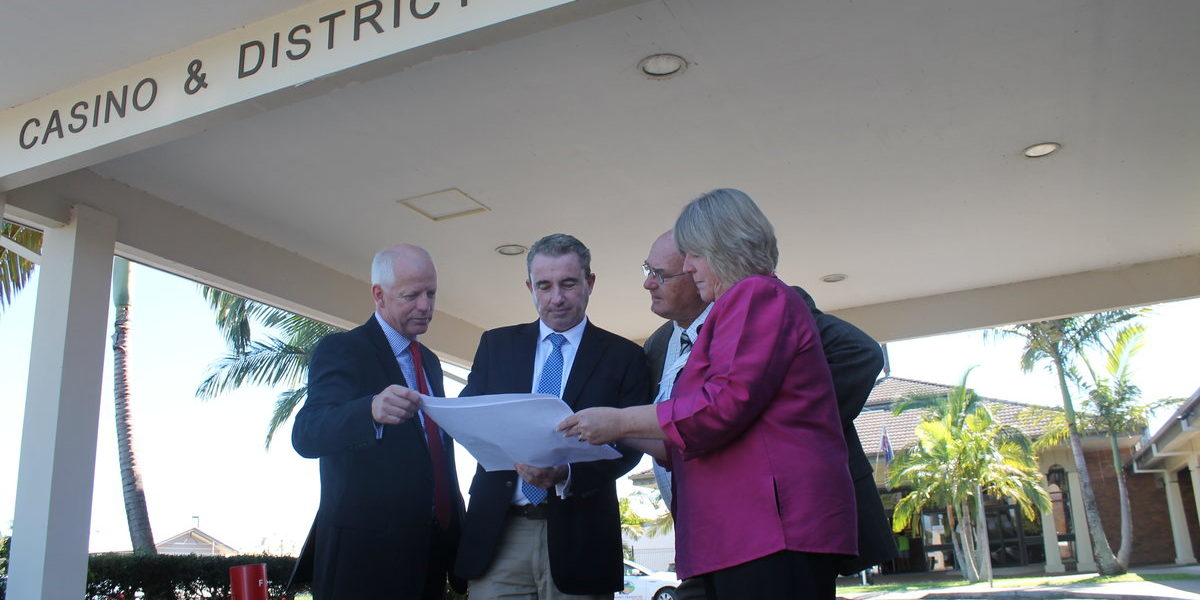 “I committed a Coalition Government to $4.5 million for Ballina Hospital during the election campaign for an extra operating theatre and expanding the medical imaging department,” Mr Hogan said.

“The previous Labor Government committed to an upgrade of Casino Hospital as its election promise.

“On winning office I visited the Emergency Department at Casino Hospital and became very aware of the need of an upgrade. I began lobbying the Health Minister Peter Dutton immediately and I’m very pleased to announce today that both projects will proceed.”

The $3 million upgrade to the Casino and District Memorial Hospital emergency department includes new treatment and resuscitation bays, a new triage area and staff room, and improvements to the ambulance entry area and waiting rooms.

Mr Hogan said upgrading both hospitals would have a two-fold effect – it will give each community better health facilities, while easing pressure at Lismore Base Hospital. In short, there will be long-term benefit for locals, hospital staff, visitors to the region and new residents.

“Being able to build practical long-term infrastructure, including better regional hospitals, is a direct result of the Coalition’s focus on economic responsibility and making sure regional areas get their fair share,” he said.