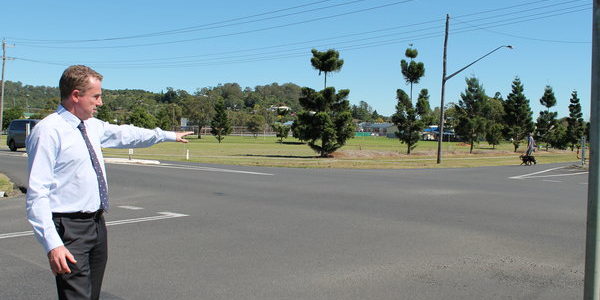 “This is great news for motorists in Lismore,” Mr Hogan said. “This funding will improve safety on our local roads and also traffic flow.”

Single lane roundabouts will be installed at the intersection of Pleasant and Fischer streets, and Magellan and Diadem streets.

The shoulder of Rous Road will also be sealed between Muller and Alphadale roads, and signage upgraded.

“The good thing about the Black Spot Programme is that anyone can suggest an intersection or section of road they believe should be considered for a safety upgrade”.

He said the Australian Government’s record commitment of $500 million to the Black Spot Programme in the 2014 Budget would fix more roads than ever before and fast-track better roads.

“As a result of the Government’s additional investment, an extra 100 projects will be funded in NSW over 2015/16,” he said.

“Based on the outcomes typically delivered by black spot projects, these extra projects are expected to save an additional 13 lives and prevent 671 injury crashes over 10 years, and deliver economic dividends of around $214 million.

Further information and nomination forms can be downloaded from: http://investment.infrastructure.gov.au/funding/blackspots/index.aspx